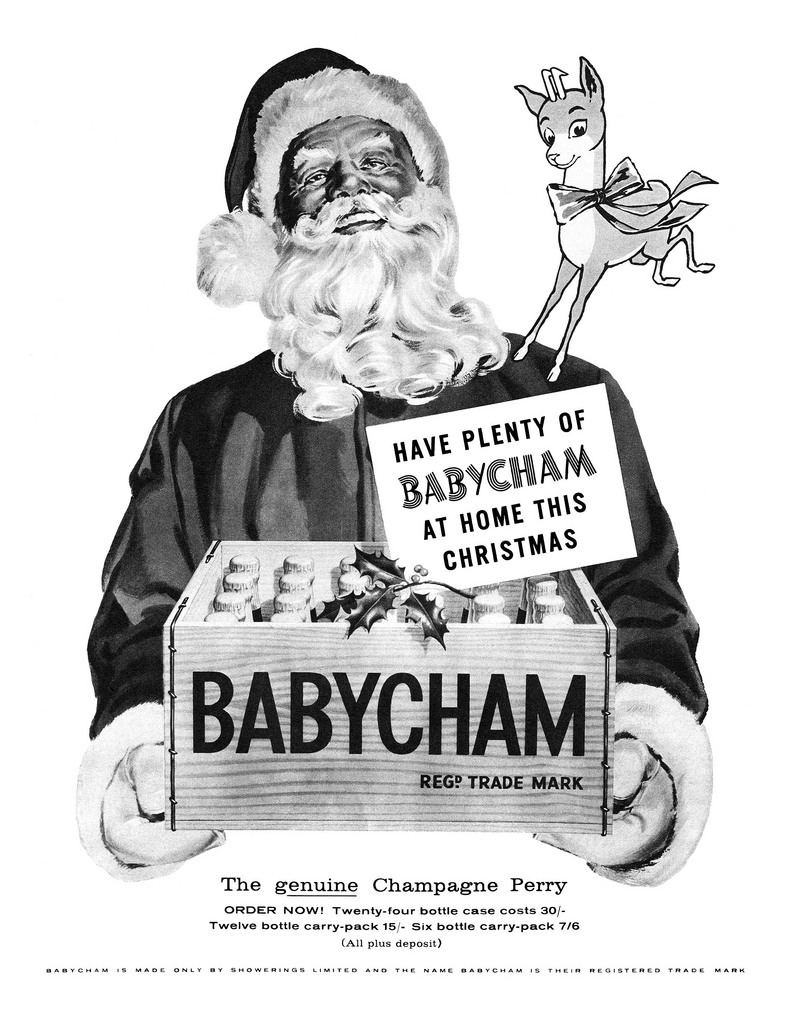 Most adults, if asked, can wax lyrical about their own idealized childhood Christmases.  I am happy to report that I am one of them.  However, I recently discovered why my own earliest Christmas merriment might very well have been just a wee bit merrier than most.

We spent Christmas last, in celebration with my family in London.  We gathered together at my sister and brother-in-law's house where a delicious and memorable traditional English Christmas day dinner had been generously provided. One of the drinks on offer brought forth memories of my own childhood Christmases. "Ah" I said to my American husband, "now that's something I've not tasted since I was a little girl".  I was overjoyed to spot a bottle of Babycham, a libation my parents filled our glasses with each Christmas so we children could join in on the merry toast making.  Apparently, there was somewhat of a revival going on and Babycham was back from near extinction with a successful promotional relaunch of this once-popular British libation.

Back in the days when this gentle authoress was but a mere child, the grownups enjoyed their wines, sherries, and port on Christmas day.  My sisters and I happily quaffed our once-a-year Babycham treat with gusto.  We found it hard to resist the sweet and sparkly effervescent qualities of the festive bubble-infused tipple. As a rule, we rarely drank fizzy sodas so this was a particularly special treat. All the more so, as I think about it, because it was poured directly from diminutive-scaled bottles no taller than about six inches, just the right fit for little hands to grasp. How very thoughtful of the brewer, indeed. Not only that, but a most adorable little fellow gazed back at us from each and every bottle: 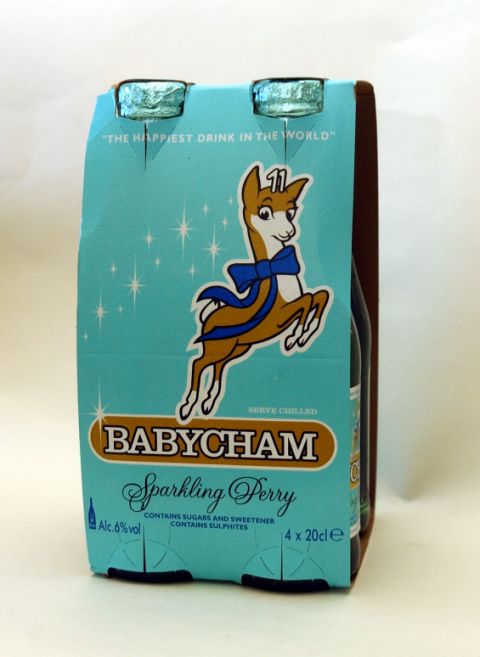 My husband, not having any previous experience with this British drink, was curious to sample it. Taking the bottle to hand and quickly scanning the label he said "Do you know, there's as much alcohol in this stuff AS-A-BEER!"

Just then, not only did my sisters and I look rather perplexed, but so did both of my brothers-in-law. You see, it turns out that it was not just my own parents who were under the misapprehension that Babycham was the children's equivalent of champagne, a drink usually associated with special occasion toast making, but so had my brothers-in-law's parents.  Indeed, the only reason Babycham had been included in the selection of drinks at our Christmas feast was that it was purchased for my sisters' young children to sip upon.

As you can imagine, it didn't take long for us all to be in fits of laughter over this rather startling revelation.  Could it really be true that a generation of parents had been plying their children with alcohol?  Is it any wonder we all recall our magical sixties-era childhood Christmases (and New Year's Eve celebrations for that matter) with such fond memories? Suddenly, the term 'Swinging Sixties' takes on an altogether different meaning. 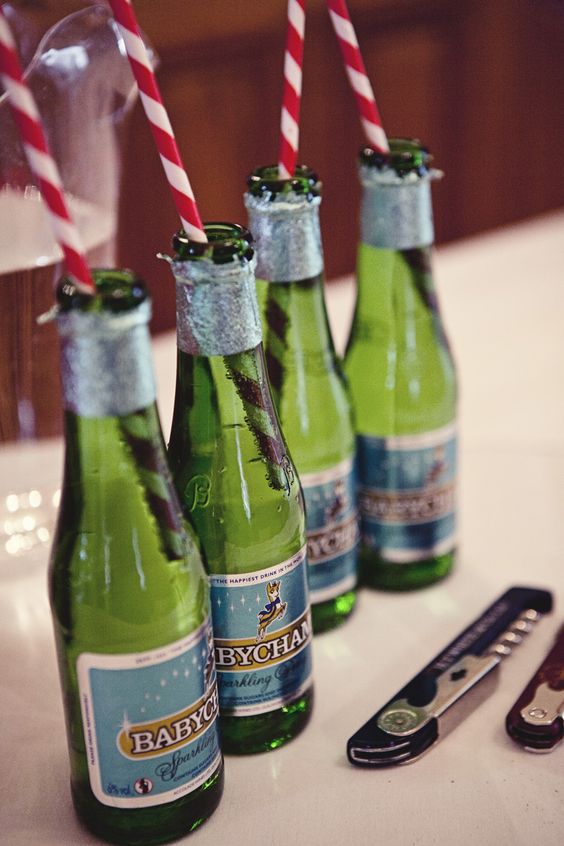 As I suspected, my parents were not the only ones juicing up their children on Christmas day during the nineteen-sixties - I found this image on Pinterest filed under the label "Babycham my childhood drink"
Source

Turning to my parents for enlightenment, they explained they never once thought to read the label, what with that charming little Bambiesque figure prancing about on the packaging, and with the name BABYcham.  Surely, they said, the ad man must have been targeting their marketing efforts towards parents.  In researching this post, I discovered that Babycham, essentially a pear cider, was in fact marketed to women.  Naturally, as women tended to be the main grocery shoppers for the household, they might have caught sight of that adorable prancing mascot and thought to themselves, "now there's a sweet little drink suitable for Junior".  Into the grocery basket it went.

Another thing that raised my eyebrows when researching this post was the tag line that appears on the cardboard four-pack sleeve of this nostalgic tipple.  Those ad men were not far off the mark when they printed 'The Happiest Drink In The World' on their product.  It certainly made for some very happy childhood Christmases, I can tell you!

Posted by Chronica Domus at 7:28 PM